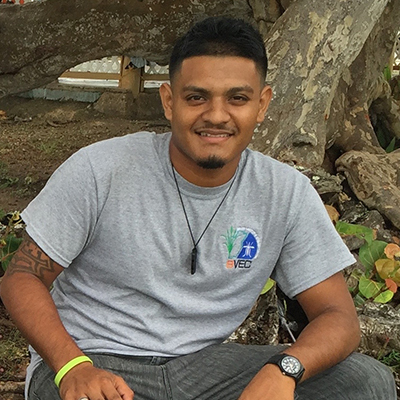 Senior Research Associate, Acting Manager (August 2015-Present). Donovan Leiva lives in Orange Walk Town, Belize and is the eldest of four children. From a very young age he was always interested in science. Donovan always wanted to know why things are the way they are and how they work. Growing up in a single parent household, Donovan was molded into becoming the determined, hardworking and humble individual he is today- topping classes at the Primary and Secondary education levels and being involved in both athletic and academic competitions. Donovan found tertiary level education to be an exciting part of his life as he met new people and embarked on exciting adventures that allowed him to grow in a personal and professional manner. While making connections with professionals in his society, Donovan decided that he wanted to do something to benefit his Country.

Donovan became involved with many volunteer works for NGO’s that had partnerships with the University of Belize and was even a part of the Student Government Association as the Financial Controller for the year 2014-2015. During his final semester at the University of Belize he went for an interview held by lecturers in the Science Department to shadow Graduate students from the University of Notre Dame. Donovan was selected to shadow the station manager at BVEC at the time, Mr. Sanjeev Majabir. After volunteering with BVEC for three months, he was hired to be a part of the staff by Dr. John Grieco and Dr. Nicole Achee. Together with co-worker, Marla Magaña, they have set forth on a journey to become Research Assistants in projects that would propel both the development of their Country and the entire region in the field of Vector Ecology. 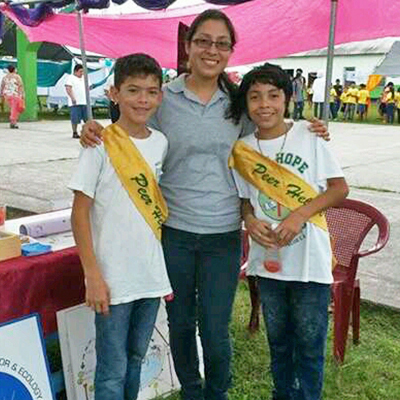 Senior Associate, Vector Surveillance Technician, Insecticide Resistance Monitor (June 2017-Present). Marla Magaña is a graduate from the University of Belize and holds a Bachelor of Science in Biology. In the summer of 2015, Marla was selected from a group of University of Belize students, along with Donovan Leiva, to shadow Notre Dame students with their Capstone projects. As a result of their hard work and dedication, Marla and Donovan were hired to be part of Dr. Achee and Dr. Grieco’s research team at the Belize Vector and Ecology Center (BVEC) in Orange Walk Town, Belize C.A.

Marla’s early works have been in the area of Sexual and Reproductive Health (SRH) as an active fellow in GoBelize – a leading non-governmental organization in Belize focusing in leadership in SRH. Her passion for the environment has led Marla to lead various Environmental Awareness Campaigns to educate about the importance of preserving the environment. Marla has always found creative and factual ways of linking Adolescent Sexual and Reproductive Health and Rights with environmental issues making her a youth champion in advocating for sustainable development. Currently, she is now trying to educate people about the link between our Sexual and Reproductive Health (SRH) and the prevalence of vector-borne diseases as both impact our environment. Currently, Marla is hoping that BVEC and the University of Notre Dame will establish a more solid partnership with GoBelize in research, training and outreach endeavors that will target public health concerns in marginalized populations in Belize. 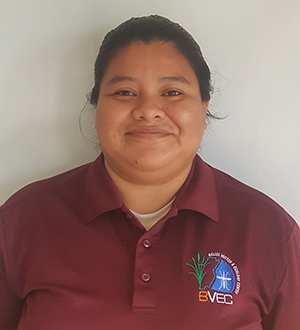 Research Assistant, Insectary/Laboratory Technician, Community Outreach Development (July 2017-Present). Marie Pott Cab lives in the village of San Joaquin in the Corozal District. Marie is the third child out of a family of five girls, now married and with a son has come to the realization that being a mother involves more than just being a care giver, but also be a role model to the pair of foot following her around.

Marie has worked as a primary school teacher for the past years where she discovered that there is so much that one person can do for the future generation of her country. At the age of 28 and with an associate’s degree in Biology she did not felt fully accomplished since she has always had a passion for the natural world. As a part time employee at BVEC she can see as a great platform where she can combine her passion, her goal and who she wants to be in life. She feels she has so much she can give to her community and wish to contribute to make a better Belize. 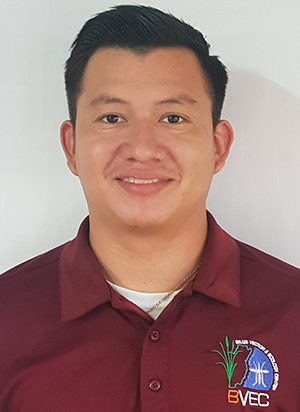 Alvaro lives and grew up at Orange Walk Town in the Orange Walk District of Belize. He has an older brother. He attended San Francisco Primary Roman Catholic School, graduated from San Francisco R.C. School in 2005 and later went to attend Bishop Martin High School still in Orange Walk Town. In 2009 he graduated from Bishop Martin High school and was determined to continue his education. Muffles Junior College was the next step in which he majored in Biology. In 2011 Alvaro obtained his Associates degree in Biology from Muffles Junior College.

After he graduated, he took some time off from school and worked in some part time jobs. In 2012 he was accepted to the University of Belize where he obtained a Bachelor’s Degree in Biology. He eventually graduated from the University of Belize in 2017. A few months after graduation he reached out to BVEC through Donovan, as he became interested in the undertakings that BVEC were conducting in partnership with the University of Belize. He became a volunteer at BVEC after graduation and was then hired in October 2017. He is committed to learn and assist Belize through vector borne disease research, so that he can help spread awareness of the dangers posed to the community.

Born and raised in the beautifully growing village of San Estevan in Orange Walk District, Jailene has always been a dreamer and a doer. She sees her life as a ritual of learning and continues to break barriers and work diligently to make her own story. Jailene attended San Estevan Roman Catholic School, home to her football team and after graduating as valedictorian, she enrolled at Muffles College High School. Always on a mission to soothe her inquisitive mind, she decided to join the Academic Science Class as it opened a door to question freely, experiment, analyze and obtain answers. An essential part of her high school adventure was partaking in science fairs and during her senior year of high school, she was chosen to train at Ecology Project International in Black Bird Caye regarding the significance of conservation of a society that’s becoming more dependent on science. Encouraged by her mother and motivated by her only sister, Jailene then decided to pursue her Associates Degree in Biochemistry at St. John’s College Junior College after successfully completing secondary education on the honor roll. Her time in college allowed her to fall in love with understanding the fragility and resilience of life, become her own person and see the world in greater spectrums. Through her involvement with the Campus Ministry and Student Leadership Clubs,  she earned a spot at the 2017 National Jesuit Student Leadership Conference where she advocated for immigrant students in a battle for the continuation of Educational Grants and scholarships in the US. Working at the Belize Vector and Ecology Center has been the highlight of Jailene’s life so far as her activities are filled with scientific adventures and discovery. During her leisure time, when she isn’t eating her weight in sweets, Jailene loves to dive into worlds of J.K Rowling and Sarah J Maas to get her fix of fantasy, mystery and adventure. Through life saving research, her determination and perseverance, Jailene hopes to become a revolutionary biomedical scientist in the future to better understand vector borne diseases and share her findings with a world in dire need of reliable answers.