Evolutionary morphology and pathobiology of the mammalian skull, masticatory complex and musculoskeletal system 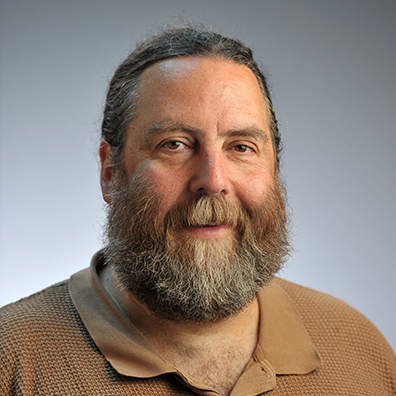 Like many members of the general public and scientific communities, I grew up fascinated by the astounding phenotypic variability of living and fossil organisms. Mammals are one such group that fails to disappoint. In this clade, the greater diversification and central role of the masticatory apparatus in food procurement and processing has figured prominently in studies of craniomandibular biomechanics and evolution. Indeed, being among the most highly mineralized, and thus well preserved, tissues in the body, craniodental (and postcranial) remains have long been used by paleontologists to offer novel insights into the behavior and phylogenetic affinities of extinct taxa.

Over the past three decades, my integrative research program has investigated major adaptive and structural transformations in mammalian musculoskeletal form during ontogeny and across higher-level clades. With an eye to both the evolutionary and translational implications, our lab has investigated the plasticity, mechanobiology, ecomorphology, aging and performance of the mammalian musculoskeletal system. Work on development, biomechanics and evolution has marshaled diverse and non-traditional sources of evidence to address outstanding issues concerning the complex underpinnings of patterns of phenotypic variation. We have employed of a broad range of modern cell biological, molecular, engineering and imaging techniques (immunostaining, histomorphometry, tissue properties testing, microarray, tissue culture, microCT, PCR) as well as unique experimental and transgenic animal models.

We have developed a rabbit model of dietary plasticity in cranial hard- and soft-tissues, which is being coupled with data on load-induced changes in gene expression patterns of jaw-joint cartilage. This evidence is being integrated with in vivo data regarding the relationship between food mechanical properties and chewing behavior. Such research also contributes to ongoing debate regarding the ecomorphological significance of dietary seasonal variability in craniofacial evolution among fossil and living organisms. Histomorphometric analyses have been applied to the developing proximal humerus and femur in growing mini-pigs. These first-ever long-term studies have applied a more naturalistic and integrative perspective to the plasticity and performance of multiple cranial and limb joints. Our lab has also investigated the first mouse model of neural encephalization, which has important implications for understanding prenatal development, cranial dysmorphologies and the evolution of the remarkably large brain in humans. These findings are being coupled with in vitro analyses of the mechanobiology of cranial osteocytes and chondrocytes. Ongoing macroscale tests of the properties and biomechanics of an ossified mandibular symphysis, a jaw-joint feature characteristic of modern anthropoids, has capitalized on various analytical and technical methods common to engineering. Investigation of the dynamic links among skeletal safety factors, masticatory stresses and cortical bone formation has highlighted critical similarities and differences in loading patterns between vertebrate skulls and limbs. From a clinical and bioengineering standpoint, such information is important for characterizing strain-mediated responses necessary for mimicking the natural growth activity of connective tissues. Finally, we are developing a rabbit model of osteonecrosis of the jaw, a debilitating oral disease associated with long-term bisphosphonate therapy used in treating bone metastases and osteoporosis.

In synthesizing seemingly disparate sources of biological evidence and novel techniques, we have sought to uniquely address a number of difficult and long-standing questions regarding the function, development, pathobiology and evolution of the musculoskeletal system, skull and feeding complex in mammals.

View all of Matthew Ravosa's Publications