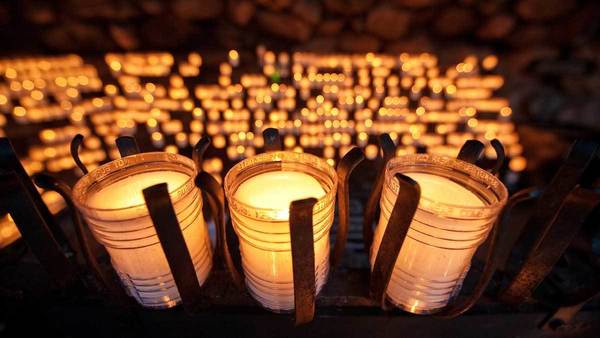 Morton S. Fuchs, professor emeritus in the Department of Biological Sciences at the University of Notre Dame, died Dec. 31 in Surprise, Arizona, after a long illness. His career at Notre Dame spanned more than four decades and his influence can still be felt in the department.

“Mort was on the verge of retirement when I joined the faculty; he occupied the office adjacent to mine,” said Crislyn D’Souza-Schorey, current chair of the Department of Biological Sciences. “He would always offer advice about starting a career at Notre Dame, the wisdom of which I came to appreciate increasingly over time. I often find myself quoting him in many a conversation with my junior colleagues. He had a magnificent sense of humor, enjoyed classical music and loved this University.”

Fuchs was born in 1932 in Brooklyn. He was educated at Michigan State University, earning a bachelor’s degree in microbiology, a master’s degree in zoology and his doctorate in biochemistry (1966). He also studied genetics for three years at the University of Wisconsin. Fuchs came to Notre Dame in 1966, initially as an assistant professor of biology, eventually rising to full professor.

Fuchs was an internationally recognized expert in insect reproduction, especially on the reproduction of disease-carrying mosquitoes. An article he co-authored in 1975, which was published in the Proceedings of the National Academy of Sciences (PNAS) has been cited by researchers as recently as November 2017. He was a popular teacher of large undergraduate courses in genetics and introductory biology.

His accomplishments include more than 18 years of funding from the National Institutes of Health to study the physiology and endocrinology of mosquito reproduction. In 1992, he received the Shilts/Leonard Teaching Award for overall excellence in teaching at the undergraduate and/or graduate level over a number of years, the highest teaching honor bestowed by the College of Science. Fuchs was author or co-author on 40 peer-reviewed articles in periodicals including PNAS, Journal of Insect Physiology, Journal of Cell Biology and Insect Biochemistry, among others.

Fuchs was active in the South Bend community during his tenure at Notre Dame. He was a member and past president of the Organization for Visually Impaired Children, a volunteer group that was dedicated to lobbying to make available the best educational facilities for blind or visually impaired children.

Originally published by John Duman and Tammi Freehling at news.nd.edu on January 15, 2018.