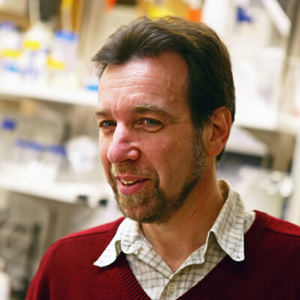 University of Notre Dame biologist Jeffrey Feder will lead a team of researchers funded by a new $2 million grant from the Dimensions of Biodiversity program of the National Science Foundation (NSF) to examine how when one insect shifts its season it allows others to follow and generates new biodiversity.

The Dimensions of Biodiversity program is NSF’s flagship interdisciplinary endeavor aimed at filling the most substantial gaps in our understanding of the diversity of life on Earth. The program funded a total of 10 national and international grants totaling $18.9 million in 2016 that “will allow us to find new ways of understanding how organisms form, interact and change through time,” says James Olds, NSF assistant director for biological sciences, “investigating some of the least-known and perplexing innovations of nature.”

Feder, a faculty member in Notre Dame’s Department of Biological Sciences and the University’s Environmental Change and Advanced Diagnostics and Therapeutics initiatives, will direct a team of collaborators from three other universities examining how adaptations of insects allowing them to eat plants present at specific times of the year cascade through the ecosystem to sequentially induce the diversification of the parasite insects that attack the plant-eating insects.

The study will focus on the apple maggot fly, Rhagoletis pomonella, and the parasitoid wasps that attack the fly. Rhagoletis pomonella is a model system for understanding ecological speciation in action in our own backyards. A native of North America, R. pomonella originally laid its eggs inside the fruit of hawthorn trees. In the 1850s, however, a splinter group of Rhagoletis began laying eggs in apples, becoming a major economic pest in the United States. Apple trees fruit earlier in the season than hawthorns. The move of R. pomonella to apples required that apple flies evolve to terminate diapause, the dormant period that insects overwinter in, earlier in order for them to come out of the ground sooner as adults to lay their eggs in their new apple hosts. Because R. pomonella has only one generation a year and is short-lived as an adult, the shift in timing resulted in apple and hawthorn flies being active at different times of the year. As a consequence, apple and hawthorn flies have formed partially genetically and reproductively isolated host races, the hypothesized initial stage on the road to speciation, within the last 160 years. Feder and his colleagues have shown that several of the parasitic wasps that attack the flies have followed suit and similarly shifted their life histories to attack the new apple fly host, forming their own new host races in the process.

The four-year NSF Dimensions grant will allow Feder and his colleagues to resolve the physiological, developmental and genetic bases responsible for the changes in diapause life history and determine whether they are the same or differ between flies and wasps. The researchers will also investigate whether and how changing climates may disrupt or promote species interactions affecting the diversity of the plant, fly and wasp community in the future. The results of the study will inform many scientific fields, from basic research on the genesis of new species to applied control of agricultural pests. The project also includes workshops with high school teachers and students to build curricula supporting “learning by doing” and meeting national standards in science education, as well as providing training for graduate and postdoctoral students.

Other institutions involved in the research include the University of Florida, University of Colorado at Denver and SUNY Binghamton.

Originally published by William G. Gilroy at news.nd.edu on October 14, 2016.