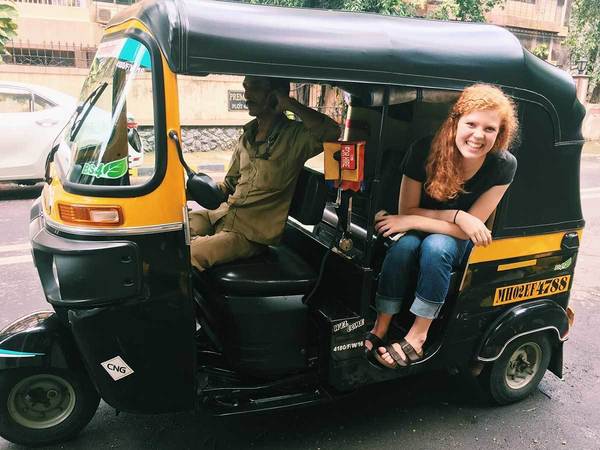 During her first year at Notre Dame, Elsa Barron was on the lookout for a summer experience that would tie together her interests in science and international affairs. A biology and peace studies double major, Barron, now a sophomore, found what she was looking for in India after becoming Notre Dame’s first undergraduate Bose Scholar.

Barron spent her summer in Bangalore, India, as part of the S.N. Bose Scholarship Program. A partnership between the WINStep Forward and the Indian government via the Indo-U.S. Science and Technology Forum, the Bose Scholarship facilitates exchange programs between premier educational institutions in the U.S. and India.

“Bose Scholars not only gain valuable research experience that will contribute meaningfully to their academic and professional trajectories, but also participate in cultural exchanges that serve as excellent preparation for future international research collaborations,” said Jeffrey Thibert, the Paul and Maureen Stefanick Director of the Flatley Center for Undergraduate Scholarly Engagement (CUSE). “Elsa’s success as the first Notre Dame undergraduate to be selected as a Bose Scholar is indicative of her outstanding potential to make an impact as a research biologist on a global scale.”

Barron, initially anxious about her first trip overseas, adjusted well and dug into her work immediately at the Indian Institute of Science, one of India’s top universities. Working in the lab of Vaishnavi Ananthanarayanan, an assistant professor in the Centre for BioSystems Science and Engineering, Barron focused her research on how the cytoskeleton and mitochondria of cells interact to cause nuclear oscillations, and how those oscillations influence the site of cell division.

Although Barron had worked with cytoskeletons in her on-campus biochemistry research, she said that her research in India was different because she was in a bioengineering lab focused on the cellular level as opposed to the molecular level, where her biochemistry experience had focused.

Because this was her first experience working full-time in a lab, Barron was initially frustrated by the many failures of her experiments but noted that her successes were gratifying. “Coming out of this summer, I feel more prepared to deal with challenges in the lab and troubleshooting with experiments,” Barron said, noting that the experience will help her in future research positions and beyond. “I see the future of my own research and my own project. I know I can do it now,” Barron said.

She noted that the work environment in India was different than in the United States. Unlike a traditional 9 a.m. to 5 p.m. schedule, Barron would arrive for the day in the late morning but would stay until the evening and into the night. “In the morning, everyone is still focused, but as it gets later everyone starts to talk, and you go for coffee or tea and just hang out. It was great to bond with my lab mates,” Barron said. 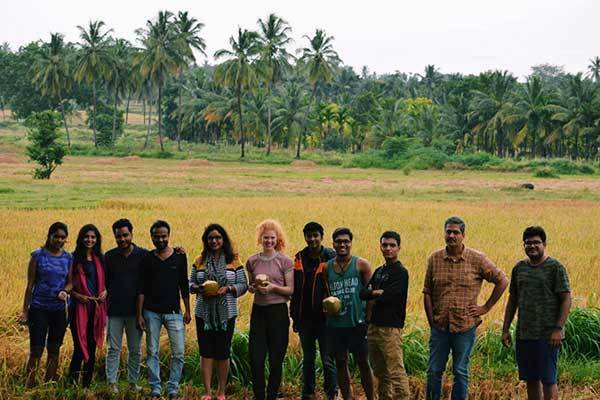 The culture outside the lab was just as enjoyable, and she loved immersing herself in it. Perhaps the biggest culture shock came whenever she was out in the city—where she said she stuck out as an obvious foreigner. “Everyone was trying to talk to me and asking me where I was from, and it was very overwhelming,” she said. “Yet it was cool to have those cultural interactions because all the walls were really down.”

Barron, who loved both the research and cultural experiences, said she hopes to find more opportunities to bring the two together. “I love doing research and science, but interacting across cultures was also really meaningful for me. Scientists need more of that human understanding to bring meaning into their research.”

For more information about the program, visit the SN Bose Scholars Program website. For application assistance and information about others undergraduate research and fellowship opportunities, contact CUSE at fellows@nd.edu or visit the CUSE website.