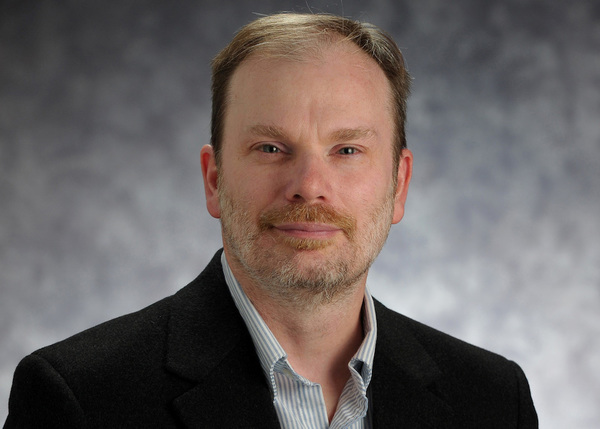 In the time it takes to read this article, half a dozen people will have died from tuberculosis (TB).

It is a cruel and persistent killer, claiming 1.8 million lives each year, an estimated 200,000 of which are children, according to the World Health Organization (WHO).

Considering the gravity of those numbers, it’s even more alarming to know that many cases go unreported.

“Tuberculosis is the most prevalent infectious disease that the world has seen, based on the number of people infected and the number of resulting fatalities,” said Jeff Schorey, George B. Craig Jr. Professor in the Department of Biological Sciences at the University of Notre Dame. “It is the single leading cause of death by an infectious organism.”

World Tuberculosis Day marks the official discovery of Mycobacterium tuberculosis by Dr. Robert Koch on March 24, 1882. But the infectious disease is considered to date back thousands of years. It causes death worldwide, primarily affecting low- and middle-income countries. Pulmonary TB can spread with a cough, infecting anyone in the vicinity. Patients require access to first-line drugs and face a six-month regimen of multiple antibiotics. An incomplete course of antibiotics poses an increased risk for developing multi-drug-resistant TB.

“What you need for any infectious disease is a vaccine,” Schorey said. “In the absence of that, you need dependable and effective drugs with minimal side effects, if at all. You also need reliable diagnostics to determine who needs to be treated.”

Research plays a vital role in the fight to end the tuberculosis epidemic.

Schorey, a world-renowned expert with pioneering work on the role of exosomes in infectious diseases, has been studying mycobacterial disease for almost two decades. It has been his main research focus at Notre Dame. With grants from the National Institutes of Health, his lab studies the relationship between mycobacteria, the causative agent of TB, and macrophages, cells of the immune system, which can fall victim to the TB pathogen when infected.

How do mycobacteria enter the macrophage? How does the macrophage respond to an infection? These are some of the questions being addressed in the Schorey laboratory. “The cells of the immune system typically will signal that something foreign has invaded the body,” he said. “When they encounter pathogens, they produce inflammatory mediators. The bacteria have to temper that inflammatory response in order to establish virulence or ‘set up shop.’ We’re studying the dynamics of how that occurs.”

When mycobacteria infect a macrophage, some of the mycobacterial components are transported to small membrane vesicles or sacs called exosomes, within the cell. These TB-exosomes are released from infected cells and can have a role in establishing an infection.

“In pulmonary TB, these TB-exosomes don’t just stay in the lung, they can also get into circulation. The presence of TB-exosomes suggests that the individual is infected with Mycobacterium tuberculosis,” Schorey said.

Current diagnostic tools are antiquated, which makes the work with exosomes even more meaningful. By isolating exosomes, researchers can focus on mycobacteria components they harbor, and examine their potential as TB biomarkers. Funding from the Bill and Melinda Gates Foundation has allowed Schorey to do exactly that.

Despite its vast reach, and significant threat to millions, TB is often overlooked by the public and is believed to be a thing of the past, Schorey said. “While health care and medical advancements have helped countries like the United States and Europe control the disease, the same has not been the case in many other countries. So long as treatment suffers elsewhere, the threat remains.

“It’s not over,” he said. “We live in a very interconnected world. People travel, can get exposed and infect someone else. Infectious diseases don’t recognize borders.”

Tuberculosis constitutes a tremendous burden of human suffering and loss. “I look at it like this: Roughly 1.8 million people die from the disease. That’s the population of the Indianapolis metropolitan area. And of that, nearly 200,000 are children. We can’t accept that. We earnestly need a framework that will serve to promote TB control worldwide, and especially in high-burden countries.”

Schorey also serves as a faculty affiliate of the Eck Institute for Global Health and The Boler-Parseghian Center for Rare & Neglected Diseases.

Originally published by Jessica Sieff at news.nd.edu on March 24, 2017.