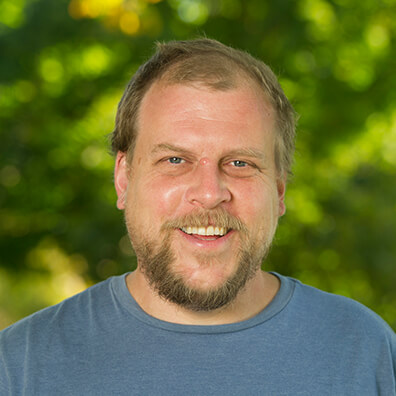 I am interested in the dynamics of plant populations faced with large scale environmental change. The abundance, distribution and, in many cases, the survival of species in the next century will be shaped by an unprecedented combination of human land use, climate change, and changing atmospheric chemistry. Anticipating these trends is difficult, but we can often gain insight by examining how populations have responded to similar environmental perturbations in the past. Evidence for past population shifts comes from the physical traces individuals leave behind (in paleoecological data such as fossil pollen in sediments and tree-rings) and from the genetic structures of modern and past populations. My lab gathers these fragmentary records of population change and links them to environmental and biological processes using statistical models.

As climate warms this century, the ranges of many species will have to shift northwards rapidly. Plant populations, of course, can only move through seed dispersal, which is potentially a slow process. An outstanding question facing ecologists is: Will plants be able to move fast enough to keep up with contemporary climate change?

Although it is far from a perfect analogy, we turn to the end of the last ice age to address this question. Rates of warming at that time were as rapid as those expected this century, so how did plant populations respond to this previous period of global warming?

Comparisons of molecular and fossil records suggest that previously undetected small populations led the northward expansion of many eastern tree species. Rates of spread accounting for these small populations were much slower than previous estimates. This finding raises concerns about how current populations will accommodate rapid warming this century.

The establishment of genetic structure in a population is generally explored by comparing modern genetic structure with the predictions of theoretical models. A more direct (and complementary) approach is to reconstruct past genetic structures using ancient DNA extracted from fossil material. Working with Steve Jackson of the University of Wyoming and Hendrik Poinar of McMaster University, we have sequenced DNA from fossils in late Holocene lake sediments from Upper Michigan. These sequences will help constrain inferences about population expansion in the statistical models described above.

Evolutionary response to rising CO2 and its ecosystem consequences

A second research focus in the lab concerns the effects of rising atmospheric CO2 on plant populations in Atlantic salt marshes. The postindustrial rise of CO2 in the atmosphere has cascading effects on terrestrial ecosystems. In salt marshes it shifts the competitive balance between C3 and C4 species with consequences for below-ground carbon storage in sediments. We are exploring these dynamics by reviving populations of Olney bulrush (Schoenoplectus americanus) over the past 150 years.

With colleagues at Florida International University and the EPA, we have developed quantitative models that link the abundance of this species over recent centuries to changing environmental variables (salinity, flooding, and atmospheric CO2). These dynamics are mediated through intraspecific competition and competition with a C4 grass (Spartina patens). Chloroplast DNA and nuclear microsatellite data from seeds buried in sediments show that these population fluctuations were associated with changes in gene frequency. Incredibly, seeds dating as far back as 150 years are still viable. We consequently have a continuous record of evolutionary response to environmental change dating back over a century. We revived genotypes that are no longer found in modern sediments and grew them under controlled regimes of temperature, flooding, and CO2. These experiments show that genotypic change associated with changing environment have phenotypic consequences large enough to affect community and ecosystem processes.

View all of Jason McLachlan's Publications