Treating patients and families of those with rare diseases takes a gentle touch, persistence, a willingness to listen and additional time, according to four medical professionals who spoke recently about clinical care at the 11th Annual Conference on Advancing Rare Disease Research, Therapy and Patient Advocacy. 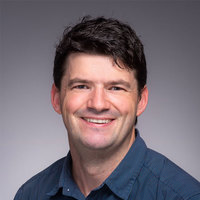 Assistant professor in the Department of Biological Sciences and the Eck Institute for Global Health Cristian Koepfli researches carriers of malaria, who may transmit one of the world's deadliest diseases without even knowing they have the tricky-to-detect parasite.

A dual research and teaching position attracted Felipe Santiago-Tirado to accept an offer from Notre Dame in 2018. “I enjoy teaching,” he said. “Few places are good in both teaching and research.”

Ask Gary A. Lamberti, professor in the Department of Biological Sciences, to name his favorite creature, and it takes him only a few seconds to think before saying, “a caddisfly larva” or, as it is known in science circles, Helicopsyche borealis. He not only mounted a drawing of this common but extraordinary bug on his office wall in the Galvin Life Science Center, but also had it embroidered on baseball caps worn by his students.   His enthusiasm hasn’t gone unnoticed by his peers. Lamberti recently was elected as a fellow of the Society for Freshwater Science, the leading international freshwater organization. The distinction recognizes sustained excellence in contributions to freshwater science, research, policy, or management. Lamberti, a member of the society for 35 years and president in 1998, said it is very rewarding and a particular honor to be recognized for his work.