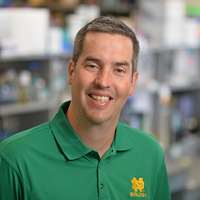 David J. Veselik, director of undergraduate studies and associate teaching professor in the department of biological sciences, was one of three recipients of the Dockweiler Awards for the 2016–2017 academic year.

Veselik is the coordinator for the cell biology laboratory, as well as the biology club advisor. He has taught upper level cell biology labs and lectures. With his guidance, students have participated in several initiatives, including networking with the career center, vertical peer mentoring, lab shadowing and alumni mentoring.

“I was able to observe up close how much he cares about the well-being of his students,” said Malgorzata Dobrowolska-Furdyna, associate dean for undergraduate studies. “He always has a positive outlook, gentle manner, sense of humor and passion for his work.”

The Dockweiler Awards were established in 2007 with a gift from the Julia Stearns Dockweiler Charitable Foundation. They recognize faculty or staff members who have demonstrated a sustained commitment to Notre Dame undergraduates through outstanding mentoring, academic advising or career counseling services. Winners are nominated by students or employees. 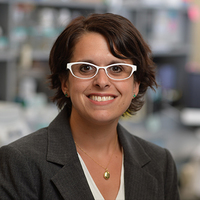 Patricia Champion, associate professor in the department of biological sciences, has received Rev. Edmund P. Joyce, C.S.C., Awards for Excellence in Undergraduate Teaching, including five in the College of Science.

Established in 2007, the Rev. Edmund P. Joyce, C.S.C., Award for Excellence in Undergraduate Teaching honors faculty members who have had a profound influence on undergraduate students through sustained exemplary teaching at Notre Dame. In particular, the Joyce Awards recognize faculty who create environments that stimulate significant student learning, elevate students to a new level of intellectual engagement, and foster students’ ability to express themselves effectively.

Faculty members or students may nominate professors, and nominations are reviewed by a committee of other faculty members in each of seven discipline areas.

“Students consistently noted the passion these professors have both for the subject area and for teaching. They pointed to the professors as inspiration for becoming a scientist or mathematician,” said Sister Kathleen Cannon, OP, associate dean of the College of Science.