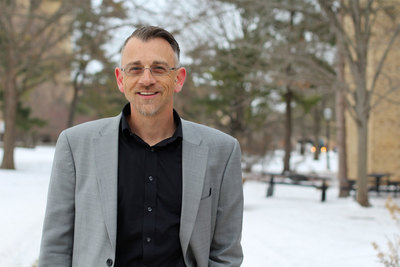 Within the next 80 years, global food demand is expected to increase sharply to meet the needs of a projected world population topping 11 billion. The increase in agriculture will likely influence human infectious diseases, which in turn may affect food production and distribution, according to a review paper by University of Notre Dame biologist Jason Rohr and collaborators.

The paper, “Emerging human infectious diseases and the links to global food production,” was published in Nature Sustainability. Rohr, the Ludmilla F., Stephen J., and Robert T. Galla College Professor of Biological Sciences, studies the intersection of disease with agriculture and climate change and devises novel strategies to combat emerging issues related to these topics. The paper describes the pathways through which agricultural practices influence human infectious diseases, and vice versa. It also identifies opportunities to minimize the adverse consequences of agricultural growth while maximizing the human health benefits of agricultural development.

The fastest area of growth in the next 80 years will occur in the developing world where there are the greatest health issues and highest rate of infectious diseases, Rohr said. The paper shows that, since 1940, agriculture was associated with more than 25 percent of all infectious diseases, and 50 percent of zoonotic diseases — those that are transferred from animals to people.

“We are concerned that we will need to anticipate some of the problems that may arise because of this explosion of human population in the developing world,” Rohr said. “If we start exploring how increasing population and agriculture will affect human diseases, we can prepare for and mitigate these effects.”

Rohr pointed to different types of agriculturally associated infectious disease outbreaks that have occurred in the past twenty years: avian and swine flu, and mad cow disease. Even the HIV outbreak in the 1970s and 1980s can be attributed to humans hunting primates for food. “You have many examples of cases where the levels of human contact with farm animals is a likely cause of new human diseases that have become global pandemics,” he said.

The paper is the first review article to draw connections among topics as diverse as future population growth, agricultural development, and infectious disease. It evaluates several factors, including rural economy, agrochemicals, exploitation of natural resources, and other areas that contribute to infectious disease outbreaks.

Because the goal of the paper is to draw attention to the current and future problem, Rohr and collaborators offer several potential solutions and advances. One challenge is the overuse of antibiotics to promote feed consumption and growth, but improved hygiene could be employed instead. Furthermore, the researchers suggest that farmers add genetic variability to their stock of animals to reduce epidemics caused in part by too many closely-related animals living in close quarters.

Other solutions include enhancing education and health literacy, which has been documented as a major factor in reducing infections, and investment in health infrastructure by the use of preventive chemotherapy to cure worm diseases. This would reduce food demand because infected people would no longer be “feeding” their parasites. The researchers also suggest investing in predictive, mathematical models that could analyze links between agricultural practices and infectious diseases on a larger scale.

Rohr, whose lab is affiliated with the Notre Dame Environmental Change Initiative and the Eck Institute for Global Health, studies human schistosomiasis, a worm infection that is transmitted from snails to humans in many tropical and subtropical parts of the world. Through that research, he has seen firsthand how farming practices can affect disease because the snails thrive in waters with algae that grows prolifically in areas of agricultural runoff containing fertilizer.  Additionally, the primary predators of snails are prawns that migrate to estuaries to breed, but these estuaries become unreachable because of dams that are often installed to facilitate the irrigation of cropland.

“There is the perfect storm with schistosomiasis; agriculture has decimated snail predators, irrigation ditches provide more snail habitat, and fertilizer use causes the proliferation of snail food,” he noted.  “Agriculture is important for nutrition that can be crucial for combating disease, but the right balance needs to be struck,” he said.

The National Institutes of Health funded the research.

Originally published by Deanna Csomo McCool at science.nd.edu on June 11, 2019.