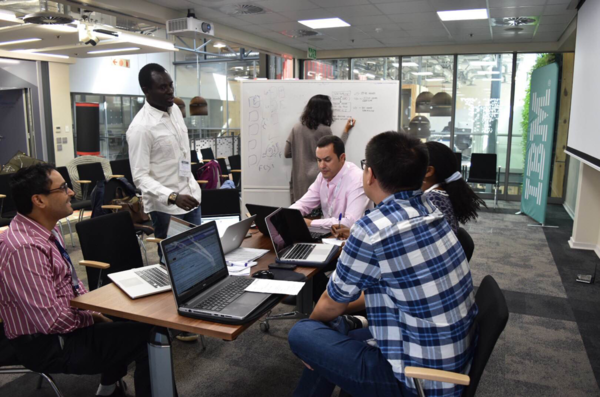 From interdisciplinary teams to multi-institutional partnerships, collaborations in research have become commonplace. However, these interactions are often made up of siloed teams who pass information along a pipeline rather than operating cohesively. In a new study, researchers have shown how hackathons, or other crowdsourcing events, may provide a good strategy for building bridges over the traditional divides of research partnerships and accelerate scientific discovery.

The study, which was published in Genome Research, follows the results of a hackathon hosted by the University of Notre Dame, the H3Africa Bioinformatics Network, and IBM Research Africa in Johannesburg, South Africa. The week-long event pulled together a group of 23 researchers from eight African countries to analyze unpublished data of several isolates of the human malaria parasite Plasmodium falciparum. The hackathon participants were asked to assess the potential of using this information to predict the parasite’s ability to develop drug resistance to artemisinin, a preferred treatment for malaria.

“One of the goals of this hackathon event was to help train young, African scientists on integrated analysis of genomics data as a means for understanding and predicting drug resistance,” said Geoffrey Siwo, co-author on the study, research assistant professor of biological sciences at Notre Dame, and affiliated faculty member of the Eck Institute for Global Health (EIGH) and the Center for Research Computing. “This event not only provided an opportunity to do so, but also allowed us to expose these researchers to the possibility of participating in scientific discoveries. This is especially important because although these local researchers may be involved in the data collection process, the hackathon provided a rare role reversal where the data was collected outside Africa and interpreted by these scientists.” 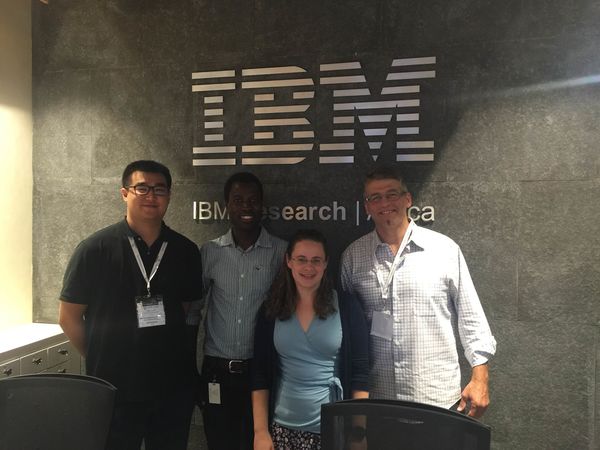 The data used for the event was provided by Michael Ferdig, professor of biological sciences at Notre Dame and affiliated member of the EIGH, and his lab. This data was unpublished and opened up to unbiased assessment of the study design and of the data, which is uncommon. Hackathon participants began their research in an unexpected place – by questioning the quality of it. This resulted in a clean-up of the raw data and the identification of study outliers.

“Typically, when data is gathered, the data generators do not have easy access to feedback about the quality of their data,” said Ferdig. “However, because of the risk we took to make our raw data available, we were able to re-assess it, improve the quality, and potentially refine the results of our study before the data was even applied to a research model.”

In addition to improving quality of the data, the hackathon also allowed researchers across multiple disciplines – like genomics, modeling, and microarray data analysis – to work together. Researchers with little to no understanding of malaria were given a crash course on the disease, providing those with different backgrounds and varying perspectives to come up with diverse models that could be used for future research.

“From the hackathon, we learned that the diversity of experience, discipline, and knowledge, when brought together, can change the way a study is conducted and cross-validate its design,” said Siwo, a 2009 EIGH fellow. “This event has demonstrated the power of collaborative science and couldn’t have been done without the support of IBM Research Africa and its director, Solomon Assefa. We look forward to working with DREAM Challenges to host their first malaria crowdsourcing challenge in the coming months.”

In addition to Ferdig and Siwo, co-authors from Notre Dame and the EIGH include Katrina A. Button-Simons, postdoctoral researcher of biological sciences, and Sage Zenon Davis, graduate student of biological sciences. Other collaborators for this study enabled by a grant from the National Institutes of Health to the Ferdig lab and the H3Africa Bioinformatics Network funded by National Human Genome Research Institute include Jean-Baka Domelevo Entfellner of the University of Western Cape, Amel Ghouila of the Institut Pasteur de Tunis, Nicola Mulder of the University of Cape Town, and Sumir Panji of the University of Cape Town.

The Eck Institute for Global Health at the University of Notre Dame endeavors to promote research, training, and service for the advancement health standards for all people. The institute recognizes health as a fundamental human right and aims to support those in developing countries who are disproportionately impacted by preventable diseases. To learn more about the institute, please visit globalhealth.nd.edu.

Originally published by Brandi Klingerman at research.nd.edu on July 23, 2018.