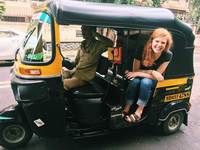 During her first year at Notre Dame, Elsa Barron was on the lookout for a summer experience that would tie together her interests in science and international affairs. A biology and peace studies double major, Barron, now a sophomore, found what she was looking for in India after becoming Notre Dame’s first undergraduate Bose Scholar.

Ask Gary A. Lamberti, professor in the Department of Biological Sciences, to name his favorite creature, and it takes him only a few seconds to think before saying, “a caddisfly larva” or, as it is known in science circles, Helicopsyche borealis. He not only mounted a drawing of this common but extraordinary bug on his office wall in the Galvin Life Science Center, but also had it embroidered on baseball caps worn by his students.   His enthusiasm hasn’t gone unnoticed by his peers. Lamberti recently was elected as a fellow of the Society for Freshwater Science, the leading international freshwater organization. The distinction recognizes sustained excellence in contributions to freshwater science, research, policy, or management. Lamberti, a member of the society for 35 years and president in 1998, said it is very rewarding and a particular honor to be recognized for his work. 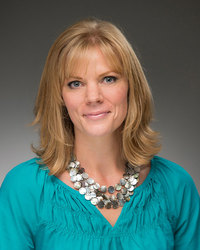 Nancy Michael, assistant teaching professor in the Department of Biological Sciences and director of undergraduate studies for the neuroscience and behavior major, earned the 2018 Frank O'Malley Undergraduate Teaching Award, an annual prize that honors any faculty member who displays “outstanding service to the students of the Notre Dame community.”

Seven University of Notre Dame graduate students have successfully received fellowships from the Eck Institute for Global Health (EIGH). The EIGH Graduate Student Fellowship Program was established to support students enrolled in the Notre Dame doctorate program who have an interest in global health research. “This fellowship program provides an opportunity for Notre Dame graduate students to work with our faculty and become more directly engaged in the fight for global health,” said Bernard Nahlen, director of the EIGH and professor of biological sciences. “I look forward to seeing how these young researchers develop their own skills and interests to contribute to better health for everyone, everywhere.”