A blend of dedication to the community and a joyful work ethic landed two science professors in the spotlight as they were inducted into the 2018 Michiana Forty under 40 class.

The inductees from the College of Science were Nancy Michael, assistant teaching professor and director of undergraduate studies, Neuroscience and Behavior; and Jenifer Prosperi, adjunct assistant professor in the Department of Biological Sciences at Notre Dame and member of Harper Cancer Research Institute, as well as assistant professor of biochemistry and molecular biology, Indiana University School of Medicine–South Bend. A third inductee from Notre Dame was Regan Jones, the University’s director for military and veterans affairs.

The Forty under 40 program is in its 12th year, and recognizes the area’s most talented and dedicated young executives, professionals, and leaders who demonstrate career success and community engagement. This year’s class was honored May 11 during a reception at the Gillespie Conference Center in South Bend.

Nancy Michael’s down-to-earth, unique teaching style for classes within the College of Science—she takes students in her Intro to Neuroscience Lab class for a day of cardio at the gym, relating what they learned back to science of the brain—has endeared her to her students. “She makes each lesson relevant to the world at large,” said Meredith Hollender, a senior majoring in neuroscience and behavior.

After college, Michael did not attend graduate school immediately. Instead, she worked different jobs, pondering life in the community in which she grew up. She noticed that everyone had similar family situations, yet experienced various degrees of success by their late 20s…and some even died by suicide or drug overdoses. By the time she returned to school in 2008, Michael earned her doctorate in just four years from the University of Minnesota, Minneapolis. The program usually takes five years to complete.

“I did a lot of reading, and wondered, what is it about what people say and what they actually do? There’s often this huge void between the two,” Michael said. “In ‘neuroscience speak,’  it’s about the difference between motivated behavior, habit behavior, and decision making…and neural mechanisms that are involved in all those different components.”

She gives freely to the community when called upon to share her knowledge, said Sunny Boyd, professor of behavioral neuroendocrinology in the Department of Biological Sciences. Michael involves undergraduates with the Robinson Learning Center, the Juvenile Justice Center, and the South Bend School Corporation, and also holds public ‘brain awareness’ events for the public.

And it is the students who feed Michael’s passion.

“These are remarkably talented students, and they will most likely always get an ‘A’ on exams,” she said. “So, I have shifted away from high stakes exams, and toward reading and discussion and experience in the learning process to help them learn the material in a way that sticks with them….It takes more energy, but when you see what you are doing makes an impact on not only their knowledge base but also their human capacity, that’s a pretty good feeling.”

Jenifer Prosperi, a breast cancer researcher, focuses her work on chemotherapy resistance, particularly in a type of cancer called triple-negative breast cancer. This type of cancer does not respond to hormonal therapies. It is treated by broad-spectrum, conventional chemotherapies that work well initially. Later, however, the cancer develops resistance to those treatments. 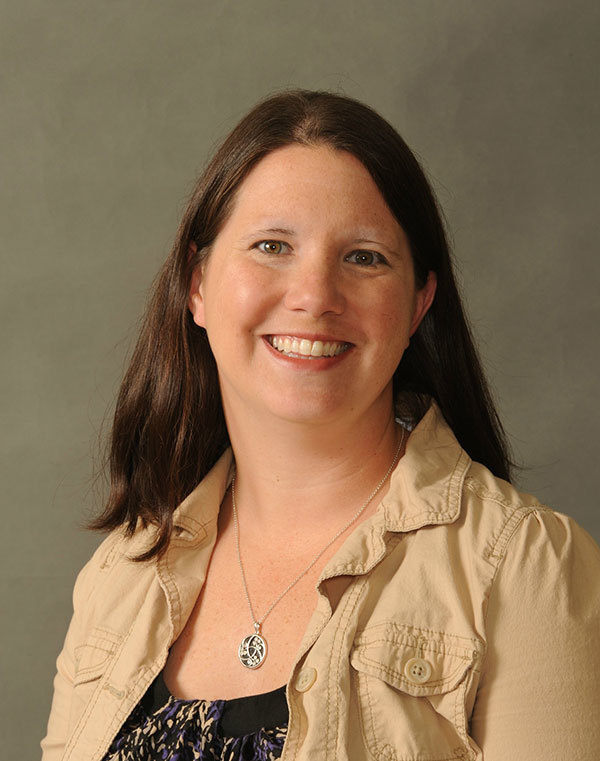 “We’re trying to understand why they’re developing resistance. If we can understand why, then hopefully we can target some of those pathways to prevent resistance,” said Prosperi, who earned her doctorate in integrated biomedical science from The Ohio State University in 2006. “Or, if we know why, we can take a tumor sample from a patient, look at the genomic landscape of those tumors, and identify if this person will respond or not respond to a certain regimen of drugs.”

Emily Astarita, a sophomore biochemistry and supplemental Spanish major, works in Prosperi’s lab and described her as enthusiastic and encouraging. Not only does Prosperi challenge those in the lab by having high expectations for reaching achievable goals, but she also takes the time to understand her students and their needs while remaining professional, Astarita said.

“Professor Prosperi inspired me to take on a project by showing me the importance of the work and the potential significance of our findings to help cancer patients,” Astarita said. “She showed me that even if the project is unsuccessful, we will be able to learn from it.”

Prosperi’s passion to help breast cancer patients includes frequent volunteer work for the Komen Foundation for Western Michigan. She also gives talks at events for the American Cancer Society. As a runner, she has volunteered as a coach and substitute coach for the Girls on the Run program, which empowers girls from third through fifth grade to be healthy and confident.

As a substitute coach, Prosperi is always willing to jump in and help at any site in Michiana that needs a volunteer, which requires a humble spirit and plenty of flexibility, said Jenny Deranek, program director for Girls on the Run Michiana.

“Jeni is absolutely deserving to be one of Michiana’s Forty under 40,” said Deranek. “Not just because of her amazing professional accomplishments, but because of her dedication to empowering young girls in our community. She continues to be humble, passionate, committed and authentic—exactly the skills we want for our young Girls on the Run Participants.”

All the inductees expressed gratitude for being selected as one of this year’s Forty under 40 in Michiana. But they’re not letting the honor go to their heads.

“They key is making sure I stay the same person who earned it in the first place,” Michael said.

Originally published by Deanna Csomo McCool at science.nd.edu on May 11, 2018.