From poster sessions to presentations, the College of Science Joint Annual Meeting (COS-JAM) on May 4, 2018, showcased the depth of undergraduate research completed by students within the fields of science and engineering. 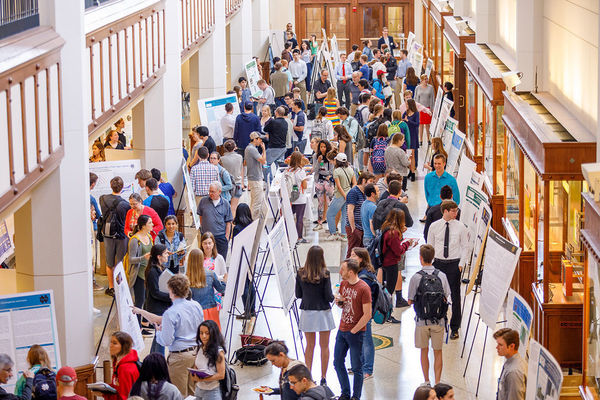 Eighty-nine students presented posters and 23 gave oral presentations during sessions held in the Jordan Hall of Science. Hundreds of students, professors and others met with the presenters to learn more about their work.

Presenting to peers at COS-JAM is a low-stakes way for students to develop experience sharing their research. It is a skill they will use as they advance to graduate school and the workplace. “Scientific communication, like presentations at COS-JAM, is an integral part of research,” said Xuemin Lu, undergraduate research director for the College of Science and assistant teaching professor in the Department of Biological Sciences.

"The quality of the research and the professionalism of the students was amazing."

Research topics ranged from the study of the tiniest building blocks of life to the expanses of the universe, and a variety of topics in between. 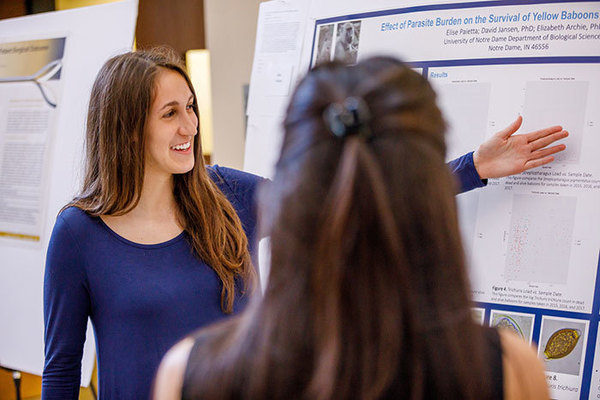 Elise Paietta, a rising junior majoring in biological sciences, researched the effect of parasite burdens on the survival of yellow baboons. Her work was guided by Elizabeth Archie, associate professor in the Department of Biological Sciences, as well as Archie laboratory manager David Jensen.

Paietta studied parasite samples taken during a drought in the area of the Ambolesi National Park in Kenya from 2016 to 2017, and evaluated whether the parasite load correlated with higher mortality rates in baboons. Paietta, who plans to attend graduate school and study zoology, hopes to continue work on the project.

"I really enjoy working with all the data and learning about the baboons, and this project helped me solidify what I really want to do,” she said." 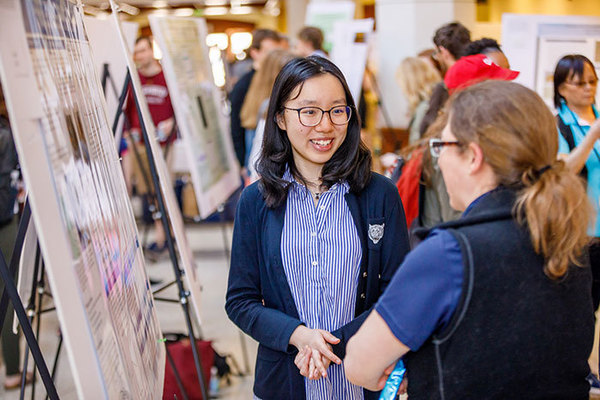 Researching the environment during the middle Jurassic period using fossils from an extinct order of cephalopods called belemnites, Esther Huang ’18, biochemistry, analyzed isotopes to determine the seawater temperature in the former Sundance Sea, which once covered much of Western North America. She worked in the laboratory of the Museum of Biodiversity with the guidance of Ronald Hellenthal, director of the museum and professor emeritus in the Department of Biological Sciences.

The project opened Lee’s eyes to different ways he can use his future degree, and was the first time he explored the possibility of doing academic research instead of industry work.Rising senior Eric Lee, who is majoring in Applied Computational Mathematics and Statistics (ACMS), used mathematical formulas to attempt to predict dust storms in Saudi Arabia. The research will help pinpoint the best locations to build wind farms. He worked with Stefano Castruccio, assistant professor of ACMS. 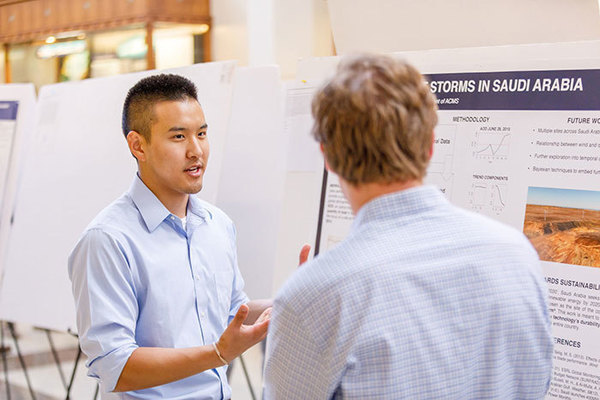 “Oh man, this is everything,” Lee said, his voice building with enthusiasm after being asked about the benefit of completing undergraduate research. “I’ve always been interested in sustainability, in energy services, and this has led me to take a couple of classes next year in sustainability. There is a lot you can do with just numbers."

Originally published by Deanna Csomo McCool at science.nd.edu on May 24, 2018.